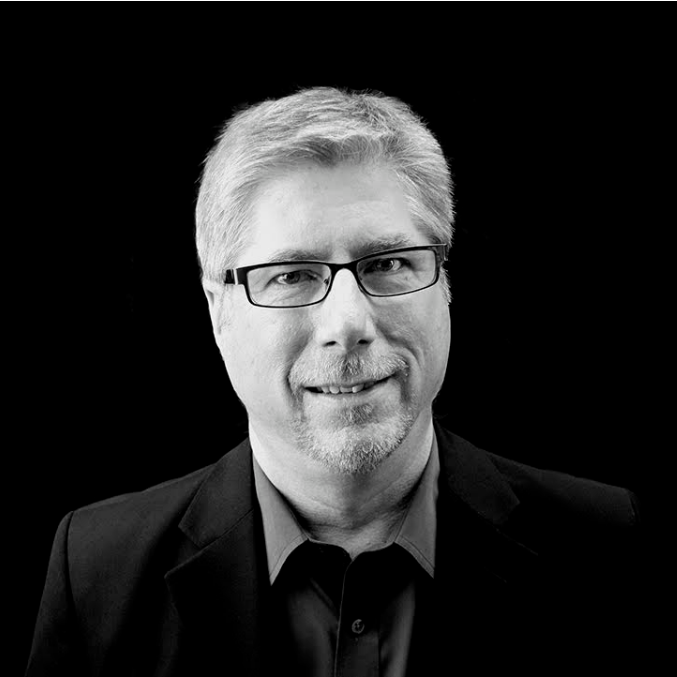 It’s time for another behind-the-scenes peek at Haley Aerospace. Today, we’re sitting down with Ken Koester, senior design director and creative extraordinaire. He’s the talent behind much of the branding, advertising and marketing collateral we produce for our clients here at Haley, and he’s got more awards than we’ve got room to list!

Read on to learn a little more about Ken and what makes him tick.

Q. Where do you get your inspiration?

A. Generally, I get inspiration from anything that has a great idea behind it and is exceptionally well done. From fine art and graphic design to movies and music. Creatively, I like to immerse myself in the world of the client and the people who will encounter what we are creating.

Q. What design trends do you see coming down the pipeline in 2018?

A. I was glad to see, in the last year or so, the return to simplicity in identity design. Simple shapes, lines, type and forms either converged or played solo to create solid, lasting logos that are easily interpreted – and reproduced. I think we’re going to see a continued upswing and more attention given to those really simple elements in the coming year.

A fairly new result from the trend of responsive web design is companies refreshing their brand identities into modern, simplified versions. Creating a logo hierarchy that can meet the user demands of an endless assortment of devices and screen sizes. For instance, there’s Disney’s hierarchy of the “Walt Disney” full lockup logo with castle, just the “Walt Disney” logotype, just the “Disney” logotype and, most simply, just the “D” from the logotype.

A. An invitation to the grand opening of a unique shopping mall built on the location where John Philip Sousa and his band originally played. The invitation was a small box that you were instructed to place on a flat surface. Then you opened it by pulling a side of the box down, and a marching band wind-up toy walked out. It took a lot of engineering and test mailings, but it resulted in a very successful mall opening.

Q. What are your biggest design pet peeves? The deadliest sins of design, in your opinion?

A. Using bad photography. Nothing can mess up good design quicker than having to use poorly photographed, low-resolution images. It is always better for a client’s brand image to shoot new professional photography that is unique to them, rather than relying on stock images.

Making a brand look like everybody else in an industry is a pet peeve too. The point should be for the company to be more memorable than the competition and stand out, not be camouflaged within the market.

Q. What’s the best part of being a designer?

A. Being a designer in the creative brand marketing business allows me to work in hundreds of different industries. I get to learn all about the operation, management, sales process and customers of completely different, but equally interesting, companies.

Q. What can clients expect when they use Haley Aerospace’s design services?

Q. When did you know you wanted to be a designer?

A. My parents said it was when I tried to paint pictures with my baby food. However, my first recollection of being aware of good design was watching television and the opening titles to the great Stanley Kubrick movie Spartacus. I remember just being awed by the iconic and dramatically lit photography, along with beautiful typography (and, of course, the music). It wasn’t until I was in college that I learned it was designed by one of the greatest graphic designers of all time, Saul Bass.

We’ll be introducing you to more of the team here at Haley Aerospace in the coming months, so stay tuned to the blog and watch for our emails. You won’t want to miss it!